3 Words I Learned this Month

I learned some new words and we want to share 3 of them with you. Hopefully, you will learn the 3 new words too.

Origin – First used in 1837. Word origin is currently unknown but its first use was in a Charles Dicken’s novel – The Pickwick Papers

Usage – He was flummoxed by the legal jargon

Origin – First used in 1726. The English word oboe comes from the Italian name of the instrument, oboe, which in turn comes from the oboe’s French name, hautbois. The word hautbois is a compound made up of haut, “high, loud,” and bois, “wood.”

Usage – An organ stop resembling an oboe in tone

Origin – First used in 1635. In Greek mythology, Sisyphus was a king who annoyed the gods with his trickery. The word originated from there.

Usage – Graduating into the Great Recession only added to the sense of Sisyphean striving. 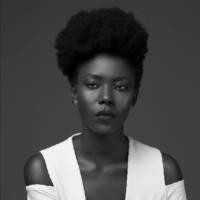 If you simply need an aha moment on your branding journey, this might be the book for you. It will open your mind and show you the 9 important elements of creating a great brand.